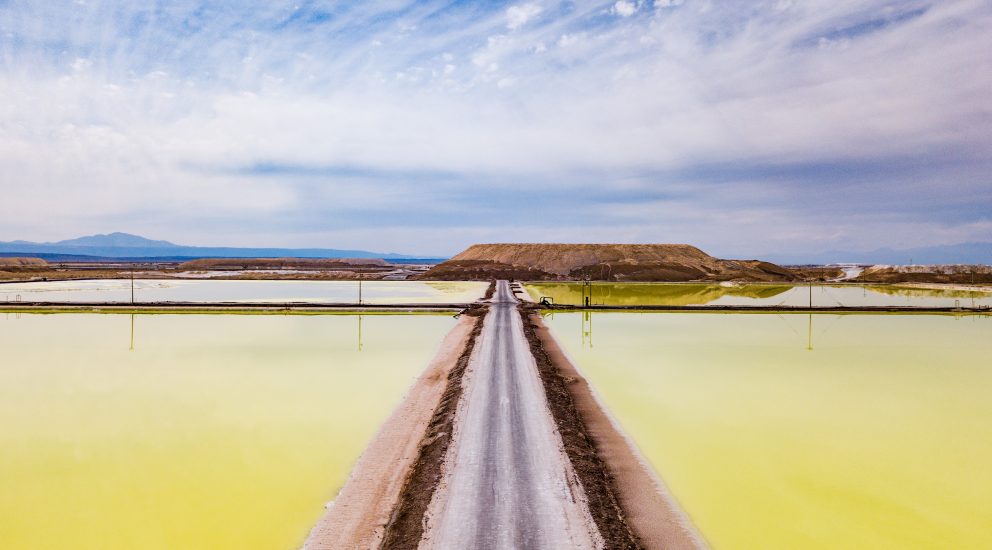 The company is committed to being recognized in 2030 as a green industry in all its business lines Within the framework of its Sustainability Plan, the company has already begun to reduce its consumption of continental water, which will translate into 40% less by 2030, and transform into carbon neutral lithium, potassium and iodine. In addition, in the operations of the Salar de Atacama, its brine extraction will be reduced by 20% immediately and by 50% by 2030, all with a strong investment in research and technology that will allow it to maintain leadership in its five business lines. With clear commitments, deadlines and an investment of over US $ 200 million, SQM announced a robust plan that deepens its commitment to the environment, the sustainability of its operations and the entire value creation cycle in which they participate. “We have worked for months to develop a plan, based among others on the sustainable development objectives set by the United Nations, which includes a series of initiatives throughout the company that seek not only to demonstrate, but also to guarantee, our total commitment and absolute with the environment and the integral and sustainable development of our operations and of all those who participate in them in some way. Much beyond that imposed by laws and regulations, ”said Ricardo Ramos, General Manager of SQM. One of the main initiatives contemplated in the Sustainability Plan is the reduction of continental water consumption in all its operations, reaching a reduction of 40% by 2030 and 65% by 2040. Meanwhile, in their work in the Salar de Atacama, they hope to reduce their water consumption with immediate effect by 20% compared to 2019, and by 50% by 2030. To achieve this, they will develop initiatives that improve their production processes to make more efficient use of continental water and will make investments that will allow them to use seawater in their nitrates and iodine production processes. All this considers investments of around US $ 40 million in a first stage and US $ 65 million in a second stage. Another of its focuses is the reduction of emissions. Although SQM is currently one of the lithium producers with the lowest carbon footprint -which contributes directly to the development of electromobility- they are assuming the commitment to be carbon neutral in all their products by 2040 and in the case of lithium, chloride of potassium and iodine by 2030. To do this, they will invest approximately US $ 100 million. Another very relevant point is the reduction of extraction of brines in the Salar de Atacama. This will be possible thanks to the strong investments made in recent years in technology and research that allowed them to improve their processes, yields and productivity in such a way that they will not only continue to expand their lithium carbonate and hydroxide production capacity in Chile, but also They will do so by lowering the extraction of brines from the Atacama Salt Flat. They estimate that this reduction in brine extraction will have no impact on their lithium production projections in the short and long term. In addition, they will strengthen their performance, which for years has guaranteed safe and inclusive working conditions, along with strengthening local economies and the development of neighboring communities, contributing to the creation of shared social value. They also commit to continue improving the monitoring systems of the ecosystems that surround them in order to provide an even more timely response. Finally, the reduction not only of the waste that its operations generate, but also that of its suppliers, workers, collaborators and offices in Chile and the rest of the world stands out. Ricardo Ramos pointed out: “These are commitments that we assume out of conviction, voluntarily and we believe it is important to invite the other companies that operate in the Salar to also take part in this challenge. Our business models are based on long-term investments that need to be recognized for their contribution and respect for communities, the environment and society in general ", and added" Our competitiveness is based on four fundamental pillars: A human team of excellence, with passion for our business; operate high quality natural resources; knowledge of our processes and continuous research and development; and finally, the permanent sustainability of our productive operations ”.

This website uses cookies to improve your experience while navigating through the website. Out of these, the cookies that are categorized as necessary are stored on your browser as they are essential for the working of basic functionalities of the website. We also use third-party cookies that help us analyze and understand how you use this website. These cookies will be stored in your browser only with your consent. You also have the option to opt-out of these cookies. But opting out of some of these cookies may affect your browsing experience.
Necessary Always activated